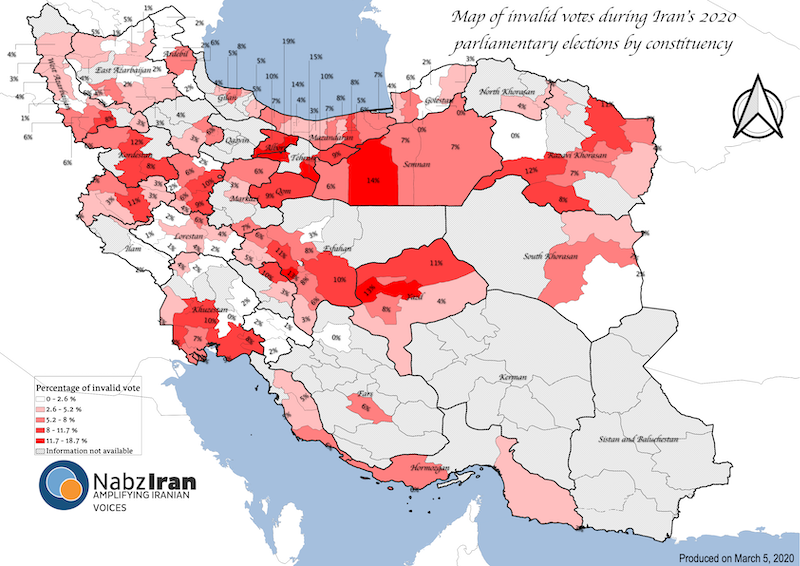 On February 21, Iran held its eleventh parliamentary elections since the Islamic revolution of 1979. Having witnessed the lowest voter turnout since the establishment of the Islamic republic (see the map of participation rates per provinces here), the government broke with tradition and did not publish the following details of the election results: voter turnout by constituency, election results by constituency, eligible voters by constituency, total number of ballots cast, and total number of valid votes. The Ministry of Interior (MOI) only published the overall turnout percentage in the country and unofficial turnout rates per province. The lack of public and verified information calls into question the validity of the results.

Invalid votes could be the result of blank or protest votes, but also could have other reasons such as manipulating the ballot boxes to increase the turnout rate. In the absence of independent domestic and international observation, and with limited public access to the election results, it is not possible to determine the reasons for such high rates. Moreover, for large parts of the country, no data has been provided by electoral authorities, so the invalid vote figures in those areas are not available.

Download the high quality version of the maps below.