On August 9, the play “Pinocchia” was suspended after only a three-day run at Iranshahr Theater. The official reason for the suspension was the attire of the actresses and certain dialogues. In Iran there is generally more tolerance toward theater due to the limited audience, but in recent years the number of plays that have been banned has increased.

Azar Nafisi, an Iranian writer residing in the United States and author of works such as “Reading Lolita in Tehran”, recently launched a new campaign. She believes that there exists a direct relation between individual rights and the human imagination. This campaign can be followed through the hashtag #BooksSave.

On August 17, a large number of security forces suppressed a gathering for the doctrine of Erfan-e Halgheh. Its founder Mohammad Ali Taheri, who was recently sentenced to death in a Revolutionary Court, began a hunger strike on August 13 in protest of his sentence. The manner of Taheri’s arrest and the prosecution of his case has raised deep concern among human and civil rights activists in Iran.

On August 18, Police Chief Hossein Ashtari announced that the police issues permits for organizing concerts. In recent months and in light of the cancellation of some concerts in Mashhad, Shiraz, and other cities, the topic of issuing permits for concerts in Iran has grown contentious. Earlier, Culture Minister Ali Jannati had announced that the regulation granting the police permission to cancel concerts would be revised. 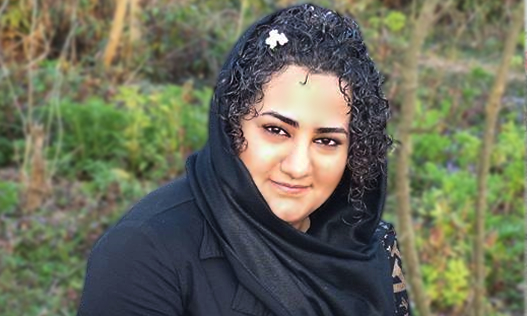 On August 18, it was reported that political prisoner Atena Daemi’s physical condition has deteriorated, but authorities at Evin Prison are denying her access to medical treatment. Some sources have reported to HRANA that she is suffering from multiple sclerosis.

The same day, political prisoner Bahareh Hedayat’s husband Amin Ahmadian reported that even though her sentence ended and her release order was issued, she remains in prison.

On August 17, First Vice President Eshagh Jahangiri officially issued the Law on the Publication of and Free Access to Information to relevant ministries and agencies. This law, which was approved in the Majles during the previous administration, had not been confirmed by the government until last year.

On August 10, Jason Rezaian’s lawyer Leila Ehsan reported that his trial had ended. Rezaian is an Iranian-American reporter for the Washington Post who has spent over a year behind bars. At the time of publication, the verdict was not yet announced.

On August 20, it was announced that Saeed Mortazavi, former attorney general of Tehran, was acquitted in the Kahrizak case, in which a group of those arrested in the 2009 post-election protests were transferred illegally to Kahrizak Detention Center on Mortazavi’s orders. According to the official announcement, at least three of these individuals lost their lives as a result of the torture and mistreatment suffered at the hands of prison officials. The announcement of the court’s decision has frustrated many civil rights activists, former detainees, and the families of the deceased.

On August 10, the elections reform plan was approved by the Majles. By consolidating elections for the Majles and the Assembly of Experts, these reforms are intended to reduce expenses and duplication of efforts in organizing and monitoring elections. Through this plan, the campaigning periods for both elections are now the same, as is the age for voting. According to the current law, the minimum age for voting is 18 for the Majles and 15 for the Assembly of Experts.

On August 12, the spokesperson for the Joint Cultural and Judicial Committee of the Majles reported that the Committee approved a fine of 100,000 tomans for drivers and passengers who harass women and for women who unveil in automobiles. Repeat offenders will have their vehicles seized for 72 hours. Upon the approval of this resolution, some vendors that were selling silk manteaus, known as “glass” manteaus, were shut down.

On August 10, it was reported that the execution of Salar Shadizadi was postponed again. This news revived hopes for the repeal of his death sentence. Shadizadi was sentenced to death for a crime committed before he was the legal age.

On August 18, two prisoners charged with rape were executed in public in Zanjan.

The same day, 10 prisoners were executed in Bandar Abbas and Minab for criminal misbehavior and charges related to narcotics.