On July 29, Taghi Rahmani protested the refusal of judicial officials to provide medical treatment for his wife Narges Mohammadi, who suffers from various respiratory and nervous illnesses. Prison officials have denied Mohammadi the special medical care that she requires. On August 2, HRANA reported that Mohammadi, a political prisoner, was transferred back to prison from the hospital without completing her treatment. Her condition is reported as critical. 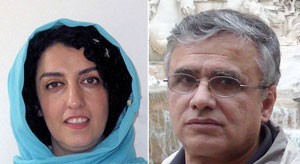 On August 6, Mahboubeh Javadi spoke of threats and pressure against her daughter Bahareh Hedayat and son-in-law Amin Ahmadian. The same day, Ahmadian announced that from a legal perspective, Hedayat should have been released from prison last month.

On July 25, Dr. Hossein Mohammadzadeh, a university professor in Kurdistan, announced that since 2006, over 37 percent of landmine victims in Iran are individuals under the age of 15. Years after the signing of the ceasefire between Iran and Iraq, many areas in the western provinces of Iran have not been demined yet.

On July 25, former Tehran Attorney General Saeed Mortazavi, who is the primary defendant in the Kahrizak case, was late to the courtroom, which resulted in the termination of the session without a trial. Mortazavi’s conduct in the various courts that have tried him has drawn the attention and criticism of many, giving the impression that the Iranian judicial system has shown greater leniency with Mortazavi. Mana Neyestani addressed this issue with a cartoon that was published on websites outside the country. 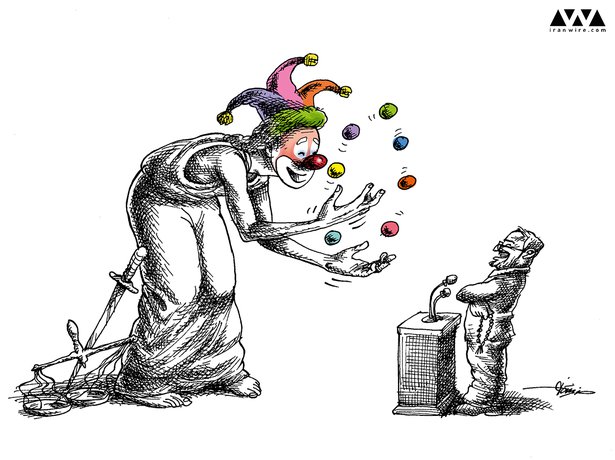 On August 1, writer and television producer Mostafa Azizi’s case was referred to an appellate court. Azizi was sentenced by a trial court to eight years in prison for insulting the Supreme Leader.

On August 4, the sentence of amputating the right hand and left foot of a thief was carried out in Mashhad Prison.

On August 5, UN High Commissioner for Human Rights Zeid Ra’ad Al Hussein expressed concern over the issuance of the death penalty for Mohammad Ali Taheri, an alternative medicine theorist in Iran and founder of the Erfan-e Halgheh doctrine. The manner of Taheri’s arrest and the prosecution of his case have raised many concerns over the fairness of his trial. According to reports, Taheri has spent part of his time in prison in solitary confinement.

On August 6, Saeed Pourheydar was sentenced to five years in prison. Pourheydar was among those who protested the results of the 2009 elections and spent time abroad before returning to Iran in the late winter of this year.

On August 1, Vice President Masoumeh Ebtekar stated in an interview with the newspaper Ghanoon that even though she is for women’s attendance in stadiums, she does not see this issue as a main demand of Iranian women. She considers as more important the creation of equal opportunities in sports for women and men in Iran.

On August 3, the U.S. State Department published its annual Trafficking in Persons Report, in which it named Iran as a “source, transit, and destination country” for human trafficking, including for prostitution. According to the report, Afghan children and youths are subject to forced labor in Iran, Iranian women are sold into prostitution in the Persian Gulf countries, and the number of young beggars and prostitutes in Iranian cities is on the rise.

On August 4, the website WikiLeaks reacted to accusations against United Nations Special Rapporteur for Human Rights in Iran Ahmed Shaheed from Iranian media. Recently, some Iranian media sources had announced that Shaheed, who is the UN Special Rapporteur for Human Rights in Iran, had received money from the Saudi government in order to discredit the human rights situation in Iran. WikiLeaks called on the authors of these articles in Iran to publish the link to the referenced document.

On July 23, a convict charged with rape was executed in Isfahan, and three others were executed on similar charges in Ilam.

On July 27, two prisoners in Ghezel Hesar Prison and nine prisoners in Karaj Central Penitentiary were executed on narcotics-related charges.

On July 29, three individuals charged with rape were hanged in public in Karaj.

On July 30, five people were executed in Kerman on narcotics-related charges. According to HRANA, one of them was a woman.

On July 31, a prisoner was hanged in Ardabil Central Prison on narcotics-related charges, and four prisoners were also executed in Isfahan.

On August 1, two prisoners convicted of narcotics-related charges and one charged with murder were executed in Rasht.

On August 3, a prisoner was executed in public in Eqlid, Fars on narcotics-related charges.

On August 4, three prisoners were executed in Rafsanjan on narcotics-related charges.

On August 5, four prisoners were also executed for similar charges in Yazd.

In the last two weeks, Amnesty International has released statements and warnings calling for a halt to the impending execution of Salar Shadizadi, who was convicted for a crime he committed at the age of 15. According to Iranian law, the execution of individuals under 18 is forbidden, but judges find ways in which they can execute underage offenders.