On December 10, the European Court of Justice (ECJ) voted to keep Mohammad Sarafraz, head of Islamic Republic of Iran Broadcasting (IRIB), and Hamid Reza Emadi, senior editor at Press TV, in its sanctions list of human rights violators. These two Iranian officials had filed a complaint to the ECJ, at great expense, to have their names removed from the list, but in the end, with the help of legal witnesses supplied by Justice for Iran, the Court upheld the decision to include their names in the list. Sarafraz and Emadi were included in the human rights violators list because their networks broadcast forced confessions of political prisoners and prisoners of conscience. 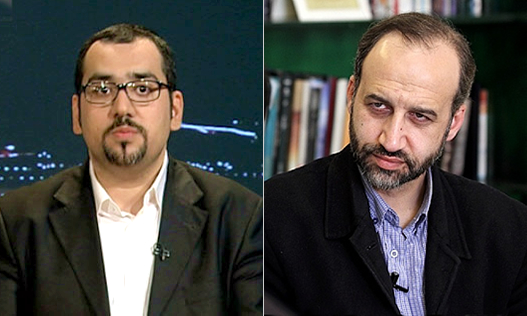 On December 15, Reporters Without Borders ranked Iran as the world’s third-worst jailer of journalists.

The Global Open Data Index ranks Iran in 177th place globally, rating Iran’s freedom of data at just 7 percent. Freedom of access to information promotes accountability on the part of officials and transparency in government conduct. Last year, President Hassan Rouhani signed the Law on Freedom of Access to Information and issued it for implementation to government offices under his direction. Agencies under the supervision of the Supreme Leader will be exempt from this law.

On December 15, the writers Elaheh Soroushnia and Rouzbeh Gilasian were arrested in Gorgan. No reason has been determined yet for their arrests.

On December 18, the family of the poet Mohammadreza Haj Rostam Begloo reported that he has been arrested and taken to an unknown location.

On December 9, human rights news sources reported that eight Khuzestani Arabs were charged with moharebeh, sometimes translated as “war against God”, which carries the death sentence in Iran. Nabz-Iran received a report from one of its users on the status of the arrestees and the prosecution of their case. Confessions by these individuals were apparently aired on Press TV. In Iran, it is not unprecedented for prisoners’ confessions to be broadcast on television before they are tried and sentenced in court, and these incidents are normally condemned by human rights activists.

December 17 marked the start of the official registration period for Majles and Assembly of Experts candidates. Before that, Ahmed Shaheed, UN Special Rapporteur on the Situation of Human Rights in Iran, had called on Iranian authorities to refrain from arresting, prosecuting, and harassing journalists and to bring about a secure environment for freedom of expression in Iran.

On December 7, Abolfazl Aboutorabi, a member of the Majles Judicial Committee, addressed the issue of Mahmoud Beheshti Langroudi’s hunger strike by stating that the law does not take into account anything by the name of hunger strike. Beheshti Langroudi, the former deputy director of the Iranian teachers’ union, was sentenced to nine years in prison for his union activities and has undertaken a hunger strike to protest his sentence and prosecution. Aboutorabi said the Iranian judiciary is independent and that a court’s verdict cannot be changed by pressure or a hunger strike.

On December 7, on the occasion of Students Day in Iran, Twitter users used the hashtag #روزدانشجو (#StudentsDay) to highlight the situation of student activists in Iran. Some of the mentioned names were Zia Nabavi, Bahareh Hedayat, and Yashar Darolshafa. Radio Zamaneh also published an article on the situation of Baha’i student Delaram Sadeghzadeh, a master’s student in educational psychology at Shahid Beheshti University who despite having excellent marks was barred from continuing her studies because of her faith.

On December 17, HRANA reported that Bahman Rahimi, a prisoner of conscience in Rajaei Shahr Prison, has spent over 45 days in solitary confinement, despite suffering from digestive problems. Rahimi is in need of medical attention but has been denied treatment.

Controversy continues over the appointment of women to managerial positions. On December 4, Isfahan Friday prayer leader Yousef Tabatabaei-Nejad criticized the existence of women farmandars (governors of counties) in Iran, pointing to the high number of unemployed men in the country and labeling the insistence on appointing women as managers as incorrect; he said it is wrong for women to be employed while men are not.

A few days after these remarks, the governor of Khuzestan drew controversy after appointing eight women as bakhshdars (district heads) in the province. Contradictory reports have been published regarding the suspension of these women’s appointments, and it is still unclear how many of them attained the post of bakhshdar.

On December 18, the UN General Assembly condemned Iran for persecuting political and social activists and journalists and for the increased application of the death penalty. Iran had earlier announced that it “attaches no value” to the UN’s human rights resolutions. This non-binding resolution condemning Iran has no legal weight.

On December 8, an Afghan national by the name of Daad Mohammad was hanged in Ghazvin Central Prison on the charge of premeditated murder.

The same day, Amnesty International released a statement protesting the confirmation of death sentences for two child offenders, Sajad Sanjari and Hamid Ahmadi. The appeals court “concluded they had reached ‘mental maturity’ at the time of the crime.” In Iran, the execution of individuals under the age of 18 is forbidden, but courts execute child offenders by keeping them in prison until they turn 18.

On December 16, a prisoner was hanged in Kerman on the charge of murdering the police commander of the city of Kahnuj.

On December 17, international human rights organizations welcomed the proposed bill in the Majles to stop the execution of those charged with narcotics-related offenses. More than two-thirds of executions in Iran are for such charges.