On February 24, Islamic Republic of Iran Broadcasting (IRIB) once again refused to broadcast images of actor and director Pegah Ahangarani, who was sentenced to 17 days in prison in 2013. Since then, there have been various cases where Iranian television has censored images of her.

On February 23, it was reported that a judge ordered the filtering of popular communications softwares such as LINE, WhatsApp, and Tango in Iran. Factions within the Iranian government have been tangling with one another for some time now over the issue of blocking online communication tools.

On February 15, Nikan Khosravi and Arash Ilkhani, members of an Iranian underground rock band, were arrested and charged with blasphemy.

The same day, economist and university professor Fariborz Raisdana was arrested after visiting the passport administration to inquire about his travel ban. He was released after several hours’ detention at Evin Prison.

On February 25, three workers from the Tarzeh mine who had been protesting over unpaid wages were arrested near the city of Damghan.

On the same day, reports emerged of the arrest of Bagher Namazi, father of Siamak Namazi, the Iranian-American dual citizen who was recently imprisoned in Iran. The reason for the elder Namazi’s arrest remains unclear, but according to the family, it seems that he is being held at Evin Prison. Bagher Namazi is over 80 years old and suffers from heart disease.

On February 25, a group that had gathered outside the Majles to protest against animal cruelty was arrested. The group was protesting the lack of a law to combat animal cruelty in Iran. Sometimes images and videos of cruelty to, or even killing of, animals in Iran emerge on social media. Recently there has also been a video published on social media showing an unauthorized hunter torturing a dog. This video unleashed a wave of public disgust. In Iran, there is no law against such behavior, and the protesters were calling on their representatives to pass such a law.

On February 15, Reporters Without Borders condemned the irresponsible conduct of senior Iranian officials toward journalist, activist, and political prisoner Isa Saharkhiz, who is on a dry hunger strike in protest of the pressure on her to confess.

On February 19, Asghar Jahangir, head of Iran’s Prisons Organization, announced that there are currently 200 to 250 children in Iranian prisons. Since their mothers are in prison and they lack any other caretaker, these children are spending their parents’ prison sentences alongside them. Jahangir stated that there is no budget yet for building a nursery school for these children.

On February 22, Cartoonists Rights Network International wrote an open letter to Iranian President Hassan Rouhani calling on him to work toward the release of Atena Farghadani, who was arrested and imprisoned for drawing caricatures of Majles representatives.

The same day, the Kurdistan Human Rights Network reported that in the past few weeks Kurdish political prisoner Zeinab Jalalian was under pressure to give a televised confession. Jalalian needs medical treatment for various health issues, but prison officials have told her that she must set the televised confession as a precondition for sending her to the hospital. She has refused to go along with this so far.

On February 25, a Revolutionary Court sentenced Reza Shahabi, a member of the board of directors of the Workers Syndicate of the United Bus Company of Tehran, to an additional discretionary sentence of one year. Shahabi was earlier sentenced to six years in prison for his union activities and has not completed that sentence yet, so this additional year will be tacked on to it. It was announced that the reason for the new sentence was protests by prisoners in Ward 350 of Evin Prison in April 2014.

Elections season in Iran is always an exciting time and individuals from all across the spectrum are more freely able to express their opinions and make themselves heard on the elections process and on the performance and role of the government. This topic serves as the theme for a new animation produced by Nabz-Iran called “Why Participate in Elections?” This video is set in a cafe, where three friends discuss their varying opinions on whether or not to participate in the elections. In the days leading up to the election, this video has been viewed thousands of times. 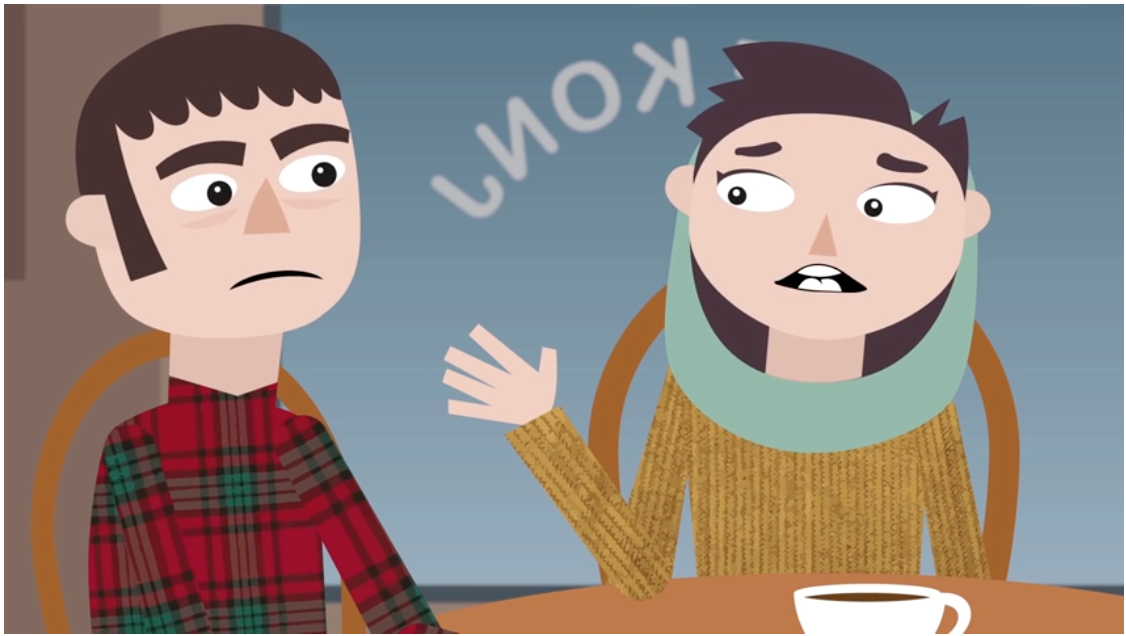 Why Participate in Elections?

On the other hand, the lack of free media and independent civic and political parties and structures means that the voices of many minority groups in Iranian society remain unheard, in particular if their demands and concerns are seen as challenges to the system. A new elections edition of the Nabz-Nameh reviews the demands of Iranian women relative to the elections as expressed through Twitter. To this end, the four weeks between January 12 and February 9, 2016 were used as the collection period for all relevant tweets. The results of this study are published in the new Nabz-Nameh: “How Social Networks Reflect Women’s Voices around Elections”.

Nabz-Iran also re-distributed a number of elections-related training materials in this period. These resources include the manuals: “How Domestic Organizations Monitor Elections: An A to Z Guide”, “Elections Monitoring in Iran - Pocket Guide”, and “The Declaration of Principles for International Election Observation and Code of Conduct for International Observers”.

On February 24, IPOS published the results of a survey of Iranian voters. According to the results, a very high percentage of respondents reported that they would participate in the elections for the Majles and the Assembly of Experts. The IPOS survey asked a variety of elections-related questions and tested respondents’ knowledge of the current state and process of elections in Iran.

On February 25, it was reported that a parliamentary candidate from Bandar Lengeh used a portion of the advertising budget from his campaign to pay for medical treatment for his six-year-old daughter, who is suffering from heart problems.

The same day, in Rasht, a number of unidentified individuals attacked activists from the reformists’ coalition with pepper spray.

On February 17, a number of representatives from the European Parliament, which was hosting Iranian Foreign Minister Mohammad Javad Zarif, expressed their concern to him about the violation of human rights by the Iranian government and asked for Iran to end these violations.

On February 24, Amnesty International published a report criticizing the state of human rights in Iran. The report refers to Internet filtering, the sweeping arrests of Internet activists, and the continued house arrest of the Green Movement leaders.

On February 18, members of the popular tech news website Narenji were taken to prison before the court of appeals had issued its verdict on them. Ali Asghar Honarmand, Hossein Nozari, Ehsan Paknejad, and Abbas Vahedi were convicted of designing the website as well as Internet tools that were used by opposition sites, and sentenced to 11, 7, 5, and 2 years, respectively.

The same day, political activist Amir Amirgholi was sentenced to seven years in prison on the charges of blasphemy, insulting the Supreme Leader, assembly and collusion against national security, and propaganda against the regime. According to reports, one reason for Amirgholi’s conviction was participating in a gathering in solidarity with Kurdish fighters in Kobani, Syria.

On February 19, it was reported that Hashem Zeinali, father of Saeed Zeinali, was sentenced to 91 days in prison and 74 lashes. Saeed Zeinali was a Tehran University student who was arrested during the student protests at the university’s dormitories 16 years ago and has not been heard from since. His father and mother have been trying to find him or to determine his fate. The father was recently arrested for speaking to the press on this subject.

On February 21, Siamak Namazi’s lawyer Mahmoud Alizadeh Tabatabaei announced that he has had no access to his client yet. Namazi, whose charges have not been revealed yet, is the Iranian-American director of strategic planning for the oil company Crescent.

On February 21, the court of appeals reduced director Keyvan Karimi’s prison sentence by one year but did not mitigate his sentence of 223 lashes. Karimi was arrested for and convicted of blasphemy by a Revolutionary Court for a documentary film he made on political and social graffiti in Iran.

On February 22, the court of appeals upheld the sentence of six years for Mohammad Hossein Rafiei, an activist of the National-Religious Alliance and a university professor. Rafiei was arrested in public without any prior indication in June.

On February 24, the Iranian teachers’ union issued a statement protesting the heavy sentence meted out to Esmaeil Abadi, head of the union. This union, along with its senior members, has been subject to persecution and arrests for its protests against the low and delayed wages of Iranian teachers.

The same day, Amnesty International published a statement protesting the prison sentences of three Iranian artists. Mehdi Rajabian, Hossein Rajabian, and Yousef Emadi have each been sentenced to six years in prison. Mehdi Rajabian and Emadi, who are musicians, were convicted for starting the website BargMusic. The filmmaker Hossein Rajabian was arrested for making a documentary research film on the Iranian setar. They were charged with propaganda against the regime, blasphemy, and carrying out unauthorized audiovisual activities.

Meanwhile, in a tweet directly addressing the Supreme Leader, Amnesty International called on him to void the death sentences of juvenile offenders Milad Sanian and Iman Shahmoradi, and for them to be re-tried fairly.

On February 22, Vice President for Women's and Family Affairs Shahindokht Molaverdi announced in an interview that there is a village in the province of Sistan and Baluchestan in which all the men have been executed for smuggling and narcotics-related charges, so that the women and children have been left with no support. She also noted that those who remain may potentially resort to smuggling due to the lack of financial security for their families.