This month in human rights in Iran

Sixteen years after the arrest of Saeed Zeinali, who was a student at Tehran University at the time, authorities recently told his mother that they have no information about him. Zeinali’s mother, who has been pursuing her son’s case constantly, spoke out to the media recently. Apparently, a few months after his arrest, Zeinali contacted his family from Evin Prison, but since then nothing has been heard from him.

On December 18, Narges Mohammadi wrote an open letter to Tehran Prosecutor Abbas Jafari Dolatabadi regarding illegal conduct in the women’s ward of Evin Prison and to complain of the examination by her attending physician. Mohammadi, who is a human rights defense attorney, has been denied contact with her children for over five months.

On December 13, a Swedish citizen of Croatian descent by the name of Sania Bobnehvich was arrested by the IRGC in Gorgan. It is still unknown why she was arrested or where she is being held. According to HRANA, Bobnehvich has been living in Iran since 2004.

On January 3, judiciary spokesman Gholamhossein Mohseni Ejei reported that a number of Green Movement supporters had been summoned and interrogated, but the names of these individuals is still unknown. The security situation in the country is expected to grow more difficult as the elections approach.

On January 5, journalist and reformist political activist Farzad Pourmoradi was arrested in Kermanshah. The reason for his arrest appears to be the creation of an informational channel on Telegram. In the previous elections, Pourmoradi headed the Kermanshah information committee of Hassan Rouhani’s election board.

On January 7, poet and political activist Hila Sedighi was arrested at the airport upon returning to Iran. It appears she was arrested for charges that were made against her, and for which she was prosecuted, in absentia. Sedighi was released on bail after two days. She claims that during her detention she came across dangerous criminals and that a cage was used to transport her. 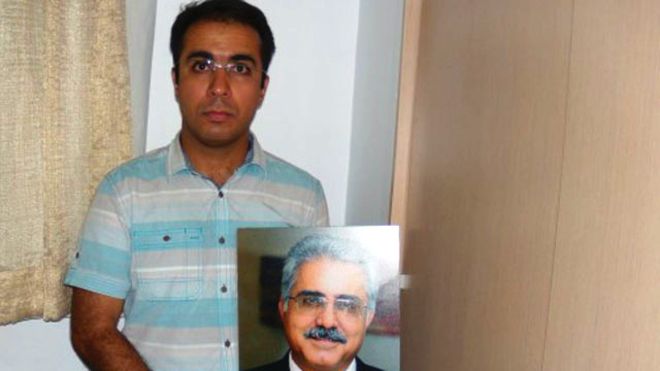 On December 24, after IRIB did not broadcast an interview between Foreign Minister Mohammad Javad Zarif and the host of the show “90”, administration spokesperson Mohammad Bagher Nobakht criticized IRIB’s actions and said that the national outlet had been reduced to a party network. IRIB is among the agencies under the supervision of the Supreme Leader and generally reflects the views and beliefs of the ruling side.

On January 3, the reformist-affiliated newspaper Bahar was suspended after being charged with “propaganda against the regime” and “publication of materials harmful to the Islamic Republic of Iran”.

On January 4, the Press Supervisory Board suspended the license for Ansar-e Hezbollah’s publication Yalasarat after it made sexual insults against Shahindokht Molaverdi, vice president for family and women’s affairs. In Iran, insulting authorities is considered a crime and can lead to the suspension of publications, but this incident is one of the few cases where a conservative publication is facing such charges.

On January 14, Iran’s intelligence minister announced that the messaging service Telegram would shut down channels in contravention of the laws of the Islamic Republic. The same day, however, BBC Persian interviewed Telegram’s director, who denied that such a decision had been made. He said that channels are shut down only for reasons such as sending spam or pornographic images. Telegram has recently become the most popular social network in Iran.

On December 26, with the end of the deadline for registering candidacies for parliamentary elections, it was announced that more than 12,000 people registered. In these elections, the presence of women in parliament is one of the key issues and a point of agreement among various sides inside the system. Another controversial issue is the role of the Guardian Council in its approbatory supervision over approving candidates. The Rouhani administration has recently expressed open opposition to this supervision. Rouhani considers the role of the Guardian Council as supervisory only, and in his opinion, approving candidates goes beyond supervision and represents interference.

On January 11, Hossein Ansari-Rad, a prominent reformist who was part of the Sixth Majles, sent an open letter to the Supreme Leader, asking him to announce a national reconciliation and to avoid the broad rejection of opposition candidates.