Transparency International ranked Iran 130th out of 168 countries in its annual Corruptions Perceptions Index. This report ranks countries according to how sound their administrative systems are. With 27 points, Iran ranks alongside Cameroon, Nepal, Nicaragua, Paraguay, and Ukraine.

On January 30, some news sources in Iran reported that one of the directors of the satellite television network “AAA” was arrested in Iran. The broadcast of the network’s programs has currently stopped, and its Facebook page reports the arrest of the director and the suspension of the network.

In the last few days, various courts in Gilan have sentenced 24 Baha’is living in the province to a total of 193 years in prison. The Baha’is are charged with membership in illegal groups and for acting against national security. In recent months, pressure has grown on Baha’is in Iran. It was reported that authorities shut down the shops and businesses of Baha’is who had closed them in observance of religious holidays.

On January 16, Iran freed five American prisoners--Washington Post correspondent Jason Rezaian, student Matthew Trevithick, Christian pastor Saeed Abedini, former U.S. Marine Amir Hekmati, and businessman Nosratollah Khosravi-Roodsari--four of whom hold Iranian citizenship as well. In interviews with the press, some of the prisoners spoke of torture and beatings during their imprisonment, interrogations, and even trials. In Iran, there have been many cases in which prisoners face pressure and torture in order to provide false confessions. 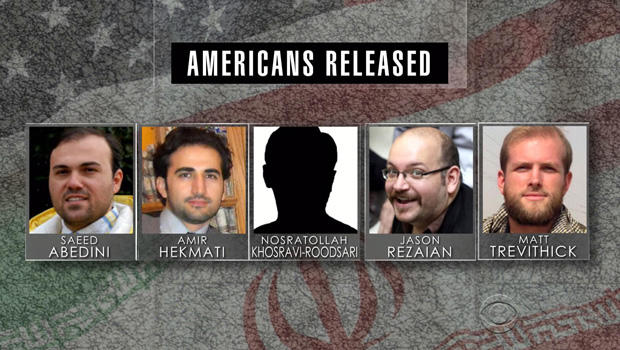 Human rights defense advocate and Nobel Peace Prize winner Shirin Ebadi reacted to the exchange of political prisoners between Iran and the United States with an open letter to Iranian President Hassan Rouhani, in which she wrote: “I hope that the day of reconciliation with the noble people of Iran will come and that we will witness the opening of prison gates and the freedom of all political prisoners and prisoners of conscience.”

At the same time as the release of the American political prisoners, Hossein Ronaghi-Maleki was summoned back to Evin Prison from medical furlough. The physicians attending him have opposed returning him to prison and described it as very dangerous for his treatment. In the end, he was brought back to Evin Prison, despite international protest.

On January 20, prison authorities came up with a pretext, for the third time, to stop imprisoned civic activist Atena Daemi from visiting the dentist. Iranian prison officials often place pressure on political prisoners by denying them access to medical treatment.

On January 26, Amnesty International published a statement warning about the condition of Ramazan Ahmed Kemal, a Syrian Kurd imprisoned in Iran. After suffering from infections following surgery, he was beaten by prison authorities in the hospital and returned to prison.

On January 27, more than 360 university professors from Europe and the U.S. published an open letter to Rouhani, calling for the release of civic activist and retired University of Tehran professor Hossein Rafiee.

On January 19, the Iranian Majles passed the “political crime” bill. Even though the Iranian Constitution makes reference to political offenses, there is no definition for the term in Iranian law. According to the Constitution, political offenses must “be tried openly and in the presence of a jury”. If there is a legal definition for political crimes, then attorneys for opposition political and civic activists would be better able to defend them if they are arrested and tried for their activities.

In the last two weeks, following the broad rejection of candidates for Majles and Assembly of Experts elections, protests have started in political circles and social media against this move by the Guardian Council. Even at the highest level of government, the president and the speaker of the Majles are under pressure to negotiate with the Guardian Council on this matter. On January 16, before the announcement of the rejections by the Guardian Council, Ali Shakouri-Rad, head of the Union of Islamic Iran People Party, had asked Rouhani to intervene in case of extensive rejection of candidates. When the rejections were revealed, imprisoned reformist political activist Mostafa Tajzadeh sent an open letter to Supreme Leader Ali Khamenei, calling on him not to repeat the mistakes of the 2009 and 2011 elections, and to make the elections competitive.

On January 26, Amnesty International published a report examining the execution of children and individuals under the legal age in Iran. This report claims that in the last 10 years, more than 73 people were executed in Iran for crimes they had committed when they were still minors. Today there are still dozens of individuals with similar cases on death row in Iran. The execution of individuals under the age of 18 is banned in Iran, so many judges keep young offenders in prison until they reach the legal age and then have them executed.