In the past two weeks: Female bicyclists were arrested in Kordestan; the police announced that it is in charge of dealing with concerts; arrests of individuals with foreign citizenship continued; at least 20 people were executed in Iran.

On July 27, 92 university students’ organizations from throughout Iran published an open letter to President Hassan Rouhani, asking him to dismantle the security atmosphere in universities. The students also accused the Ministries of Science and Health of ignoring students’ concerns and failing to communicate with them. Medical education at Iranian universities is under the guidance of the Ministry of Health.

The same day, police in the city of Marivan in the province of Kordestan barred women from riding bicycles. For a while now, Tuesdays in Marivan have been announced as no car days, and residents of the city are encouraged to ride bicycles instead of driving. Nevertheless, the police this week confiscated some women’s bicycles while making others promise to not ride anymore. Bicycling by women has been common in certain Iranian cities for some years now.

On July 21, Deputy Chief of Staff of the Iranian Armed Forces Brigadier General Masoud Jazayeri announced that the police is in charge of dealing with “abnormalities” in concerts in Iran. Over the past several months, the issue of canceled concerts in Iran has drawn controversy. Many concerts that had received permission from the Ministry of Culture and Islamic Guidance were canceled by the police at the last minute. The police in Iran sees itself as responsible for preserving the morality of citizens, and as such, cancels the permits of artistic activities that it deems inappropriate.

On July 26, Mostafa Fathizadeh, a journalist from the city of Shushtar, was summoned to court, seemingly for publishing a report on the website of local news outlet Peik Shushtar that criticized the city’s libraries. Fathizadeh’s trial, instead of being conducted in front of a jury in a press court, will be carried out in a criminal court. 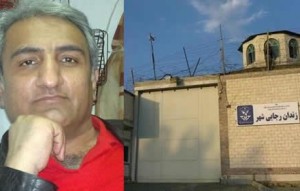 On July 19, political prisoner Afshin Baimani, who is being held in Rajaei Shahr Prison in Karaj, was brought back to prison from the hospital, without receiving the necessary treatment. Baimani has been charged with helping his brother and MEK member Mehdi Baimani escape and sentenced to life in prison.

On July 19, welfare officials shut down a kindergarten in Tehran for having a mixed-gender swimming pool. It seems that Tehran’s welfare department acted in response to report published about this by the Principlist newspaper Tasnim. A tweet from Tasnim that called the decision to shut down the kindergarten a sign of the news outlet’s influence led to controversy on social media. Most users referred Tasnim to the issue of corruption and various problems in the country, and asked why it does not concern itself with more important matters.

On the same day, the British Foreign and Commonwealth Office (FCO) called on the Iranian government to free Nazanin Zaghari-Ratcliffe, a British-Iranian citizen currently detained in Iran. Zaghari-Ratcliffe was arrested while trying to leave Iran after a visit to the country. The FCO website has warned British citizens, particularly those with Iranian citizenship as well, about traveling to Iran. In recent years, the number of travelers with dual citizenship who have been arrested in Iran has been on the rise.

On July 21, the relatives of Robin Shahini expressed concern over his condition in Iran. Shahini, who is an Iranian-American citizen, has been in detention since July 11.

On July 26, Christian convert Maryam Naghash-Zargaran was transferred to the infirmary at Evin Prison. Naghash-Zargaran has been on a hunger strike for 25 days to protest her denial of parole. She is a prisoner of conscience who has been serving her sentence for propaganda against the regime in the women’s ward of Evin Prison since 2012.