On March 19, a court of appeals upheld a three-year prison sentence for teachers’ union activist Rasoul Bodaghi, who has been serving a six-year sentence since his arrest in the events following the 2009 elections. Upon the completion of that sentence, a new case was filed against him, leading to this sentence of a further three years in prison.

On March 19, Nazak Afshar, a former employee of the French Embassy in Tehran who had recently been arrested at Imam Khomeini Airport upon returning to Iran, was transferred to Evin Prison. Afsaneh has been living in France since the 2009 elections and had traveled to Iran to see her mother.

Over the past two months, the judiciary and the intelligence unit of the IRGC have arrested and interrogated dozens of fashion models and shut down their Instagram pages. Instagram is very popular in the world of Iranian fashion.

On March 14, after a lengthy struggle by authorities and women’s rights activists, the Guardian Council gave its final approval to a bill that makes the diyeh (blood money) resulting from car accidents equal for women and men. Before this, whenever a woman was killed as a result of a car accident, the diyeh paid to her family was half of what would be paid for a man. In other cases though, the diyeh for women continues to be half that of men.

On March 14, Ahmed Shaheed, the UN Special Rapporteur on the Situation of Human Rights in Iran, delivered his annual report to the UN Human Rights Council. Shaheed drew attention to the various contradictions between citizens’ rights in Iran and international standards, including death sentences for juvenile offenders (under the age of 18) and the execution of all men in a village in Sistan and Baluchestan for crimes related to smuggling and narcotics.

On March 24, it was announced that Shaheed’s mandate as Special Rapporteur will be renewed for another year.

News, commentary, and reactions to parliamentary and Assembly of Experts elections continue.

On March 13, Parastou Forouhar reacted to Iran’s political alignments, particularly the “List of Hope”. This list is an amalgam of reformists, Rouhani supporters, and other politicians that was successful in the recent elections. Forouhar is the daughter of opposition political activists Parvaneh and Darioush Forouhar, who were killed in a string of assassinations known as the chain murders. The presence of individuals who issued orders for the chain murders in the List of Hope has drawn resentment from the families of the murder victims.

On March 16, the Guardian Council announced its opposition to electronic voting for the second round of parliamentary elections, citing technical and legal problems as well as a lack of change in circumstances since the first round. The administration insists on e-voting to accelerate elections proceedings, even though there are various concerns with it.

The same day, the famous Iranian actor Ezatollah Entezami published an open letter to President Rouhani, asking him to deal with the house arrest of the Green Movement leaders. The release of Mir-Hossein Mousavi, Mehdi Karroubi, and Zahra Rahnavard was one of Rouhani’s electoral slogans, but this has not yet happened. 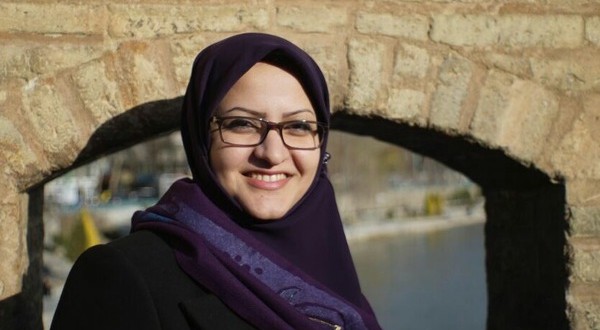 On March 22, the Guardian Council revoked the candidacy of Minoo Khaleghi, who was elected to the Majles from Isfahan. This is the first time that the Guardian Council has rejected someone’s candidacy after the elections. It seems that this decision was based on Khaleghi’s failure to wear the hijab on her travels abroad. As a result, the limited number of women elected to the Tenth Majles has decreased by one.

On March 8, Rouhieh Safajoo, a Baha’i university student, was arrested for trying to determine why she has been barred from continuing her education. Safajoo participated in Iran’s national university entrance examination last year, but she did not receive the results because she is Baha’i, and the Ministry of Science told her that Baha’is are not allowed to take the entrance exam. Safajoo has defended her right to study on the basis of the Iranian Constitution which officially acknowledges the right to an education for all individuals, regardless of ethnicity, race, or religion.

On March 16, the Baha’i International Community confirmed the news that Safajoo was arrested, and reported that two other Baha’i citizens named Tara Hooshmand and Sarmad Shadabi were arrested for similar reasons.