A Baha’i man was killed in Yazd in a religiously-motivated hate crime; another dual national of Iran was sentenced to a lengthy prison term; the sexual abuse case against a famous Koran reciter was made public; the Guardian Council announced that its approbatory supervision over Majles members will be continual, and not just restricted to elections.

On October 26, the Baha’i International Community announced in a statement that an individual was murdered for being Baha’i. On September 26, a Baha’i man named Farhang Amiri was stabbed to death by two assailants in Yazd. Evidence suggests that the killing was a result of religious hatred. Amiri’s killers are currently in police custody, though it is unclear how the Iranian judicial system will handle their case. According to Islamic laws, if a Muslim kills a non-Muslim, then a sentence of qisas (retributive justice) cannot be applied. The Islamic Republic considers Baha’is as infidels. Read this news. 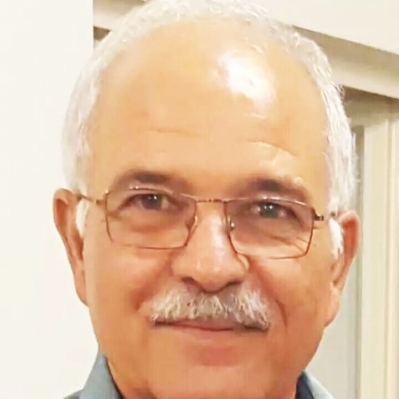 On October 25, Iranian-American dual national Robin Shahini was sentenced to 18 years in prison on the charge of collaborating with a hostile government. Shahini was arrested in Gorgan after returning to Iran to visit his mother. In recent years, a large number of dual nationals have been arrested upon traveling to Iran. Many see these arrests as attempts by the Iranian government to draw ransom from Western governments. Read the news from BBC Persian and a Los Angeles Times report.

On October 28, outrage erupted over a Voice of America (VOA) interview with a man who identified himself as one of the victims of sexual abuse at the hands of famous Koran reciter Saeed Toosi. A case filed by individuals who claim that Toosi sexually abused them when they were minors has been kept under wraps by the judiciary for years. These individuals, who are now adults, publicized the case in interviews with BBC Persian and VOA. Toosi is an influential reciter who is close with the Supreme Leader. Many guess that Toosi’s high-level connections have helped him to impede the case and the judicial process, although the head of the judiciary has dismissed the matter in the face of criticism. Judicial officials have reacted by threatening to go after the individuals who filed the complaints. Listen to VOA’s telephone interview with one of the individuals, and BBC Persian’s conversation with the other two.

On October 31, a court in Tehran sentenced Saeed Mortazavi, the former prosecutor of Tehran and ex-head of Iran’s Social Security Organization, to 135 lashes. He was convicted of corruption and misusing public resources. Other charges against Mortazavi relating to his illegal activities as an investigator, judge, and prosecutor are still pending. Read the report from Radio Zamaneh.

On October 24, security forces broke into Golrokh Ebrahimi Iraee’s home without a warrant, arrested her, and took her to Evin Prison. Ebrahimi Iraee was sentenced to six years in prison for writing a story about a stoning, which was never published. Read the news from Radio Zamaneh.

On October 31, the Shiraz prosecutor reported the arrests of a number of participants at a ceremony celebrating Cyrus the Great at his tomb at Pasargadae. Islamic Republic officials and some Iranian clerics oppose remembrances of Iran’s pre-Islamic history and consider them contradictory to the country’s religious principles. Read the news from HRANA.

The same day, 21 followers of Mohammad Ali Taheri were arrested at a gathering in support of him. Taheri is the founder of the “Erfan-e Halgheh” spiritual movement and has been held in Evin Prison since 2011.

On November 2, Tehran police arrested 17 young men and women at a Halloween party in the Sa’adat Abad neighborhood.

On November 3, more than 30 administrators of Telegram groups were summoned by the police in Saghez, and 3 of them were arrested. They have been charged with supporting groups and parties opposed to the Islamic Republic.

On October 23, Guardian Council spokesman Abbas Ali Kadkhodaei announced in an interview that the Council’s supervision of parliamentarians is continual and will not be restricted to the pre-election vetting process. He cited Article 13 of the general election policies, which were recently announced by the Supreme Leader. According to Article 13, It is the duty of the Guardian Council to “establish a mechanism for the proper execution of representatives’ duties; compliance with the oath of office; prevention of financial, economic, and moral corruption; and execution of the necessary steps in case of a decline in or lack of qualifications for Majles membership among elected candidates.” The Majles recently responded to an inquiry from the Guardian Council regarding its ability to revoke elected candidates’ qualifications after an election, finding that the Council cannot do this. The Supreme Leader’s announced election policies have not been turned into law yet, and the Majles must amend the electoral laws according to these policies. Read the news from BBC Persian.

On October 31 and November 1, two prisoners were executed in Salmas Prison on narcotics-related charges.