The regulations for the election were announced; dozens of people were arrested in Iran in connection with modeling; Bagher and Siamak Namazi were each sentenced to 10 years in prison; Ahmed Shaheed published his latest report on the situation of human rights in Iran.

On October 15, Supreme Leader Ayatollah Khamenei announced the regulations for the election. According to the Iranian Constitution, the Supreme Leader is in charge of setting the general policies of the system. Recent rounds of elections, particularly the contested 2009 presidential election, have raised questions around the electoral process in Iran. These new policies are significant in that they attempt, to an extent, to surmount ambiguities and personal/partisan biases in organizing elections. In response to the issuing of the electoral policies, the head of the judiciary reported the establishment of an Election Committee within the judiciary, even though the Constitution specifies that oversight of elections is the responsibility of the Guardian Council. See the official website of the Supreme Leader.

On October 16, the members of the Majles responded to an inquiry from the Guardian Council by confirming that after election results are confirmed, the Guardian Council cannot revoke the qualifications of a candidate. Minoo Khaleghi, a candidate close to the reformists, suffered this fate. Ali Motahari said that the Majles’s confirmation opens the door for Khaleghi to join the Majles, even though the head of the Majles Councils Committee stated that if the Guardian Council approves the directive, it will not be applied retroactively and would only be implemented for future elections. Read the BBC Persian report here.

On October 16, the intelligence branch of the IRGC in Sistan and Baluchestan arrested 11 people, summoned another 50 to court, and shut down 3 photo studios, all in connection with modeling. Recently, judicial officials and the IRGC have cracked down harshly on individuals active in the field of modeling. Read the news from BBC Persian.

On October 18, also in connection with modeling, 3 people were arrested, 5 studios were shut down, and 17 individuals were interrogated in Arak. Report from HRANA.

On October 19, the IRGC of Markazi announced that 24 people were arrested, 9 studios and women’s beauty salons were closed, and 41 people summoned to court in that province. It is unclear whether these figures include the October 18 arrests in Arak. Read the news here. 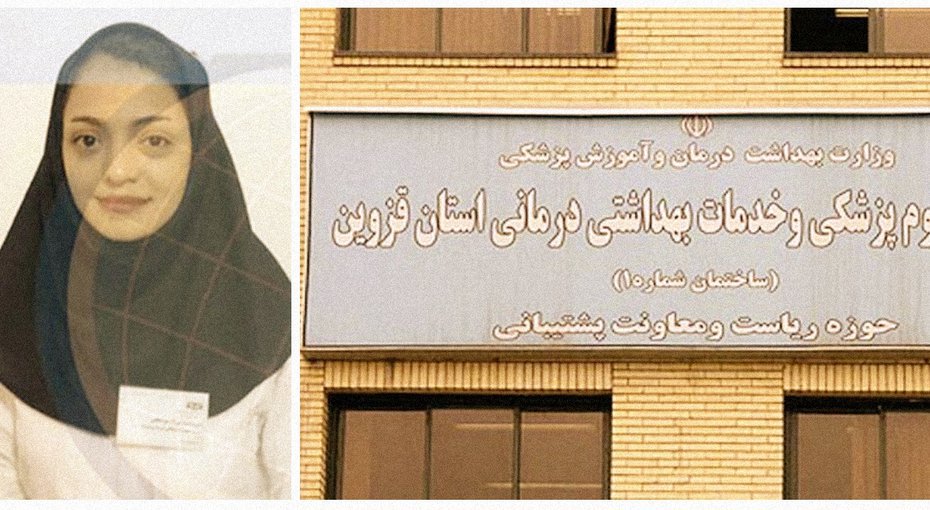 On October 7, Baha’i student Parvaneh Mehrabkhani was dismissed from her university studies because of her beliefs. Mehrabkhani was in her seventh semester as a student in laboratory studies at Qazvin University of Medical Sciences. University officials had asked her to remove the word “Baha’i” under religion in her registration form to continue her studies, but Mehrabkhani refused to comply with the request. Read the report from Baha’i News.

On October 11, the Canadian-Iranian Homa Hoodfar spoke about the conditions of her arrest, from which she was recently released after international pressure and negotiations between the Canadian and Iranian governments. Hoodfar acknowledged that she was not tortured physically, but that she was subjected to various forms of psychological torture while in detention. In this interview with BBC Persian, she drew attention to the state of other political prisoners and prisoners of conscience, including Narges Mohammadi.

On October 13, the UN’s Working Group on Arbitrary Detention called for the immediate release of Nazanin Zaghari-Ratcliffe. After reviewing her case, the Working Group concluded that her arrest was arbitrary and that she was denied a fair trial. Read its statement here.

On October 14, Lonnie Ali, the widow of American boxer Muhammad Ali, wrote a letter to Khamenei asking him to show Islamic mercy and free Bagher and Siamak Namazi. The father and son are Iranian-American dual nationals who have been imprisoned in Iran since October 2015 and February 2016, respectively. Both of them were recently sentenced to 10 years in prison. Bagher Namazi is over 80 years old. Read the news here.

On October 19, Amnesty International started a new campaign to help Kurdish political prisoner Zeynab Jalalian, who was sentenced to life in prison in Iran after an unjust trial. She is in danger of losing her eyesight due to a lack of access to necessary medical care. Read Amnesty’s statement.

On October 10, the jury of the Press Court of Tehran Province announced its decision regarding two press-related cases. The publications “Seda” and “Yalasarat” were both charged with insulting Islamic Republic officials. The jury found “Yalasarat”, which is connected to the Ansar Hezbollah, worthy of leniency, whereas it did not do the same for the reformist-affiliated “Seda”. Read the news from BBC Persian.

On October 16, the Revolutionary Court of Sanandaj sentenced six Kurdish civil activists to a collective total of four years and six months in prison. These individuals were arrested for organizing a ceremony to mark Workers’ Day and charged with propaganda against the regime. Read the news from the Human Rights Defenders Association of Kurdistan.

On October 20, Mohammad Hossein Karroubi, the son of Mohammad Karroubi, was formally charged in a Revolutionary Court. He is accused of acting against national security for publishing his father’s letter to President Hassan Rouhani. The elder Karroubi is one of the Green Movement leaders currently under house arrest. The trials of the younger Karroubi and a group of reformist leaders are set to begin in the next month. Read the news here.

On October 19, Ahmed Shaheed, the UN Special Rapporteur on the Situation of Human Rights in Iran, published his latest report, in which he protests against the high number of executions in Iran. Read the complete report.

On October 19, 14 prisoners were executed in Ghezel Hesar Prison in Karaj on charges relating to narcotics.