The environmental campaign to save Lake Urmia is picking up steam; Isa Saharkhiz began a hunger strike; Atena Daemi was sentenced to seven years in prison; Narges Mohammadi’s 16-year prison sentence was upheld.

Recently a campaign was launched on Iranian social media using the hashtag #IAmLakeUrmia. The goal of this campaign is to gather one million signatures to spur the United Nations to start a dialogue around saving Lake Urmia. Over the past 40 years, Lake Urmia has lost nearly 90 percent of its water as a result of poor management of water resources and the environment. A number of prominent artists and popular figures have lent the campaign momentum inside Iran by adding their signatures, and have raised hopes for its success. Read a report from the Guardian, and view the petition. 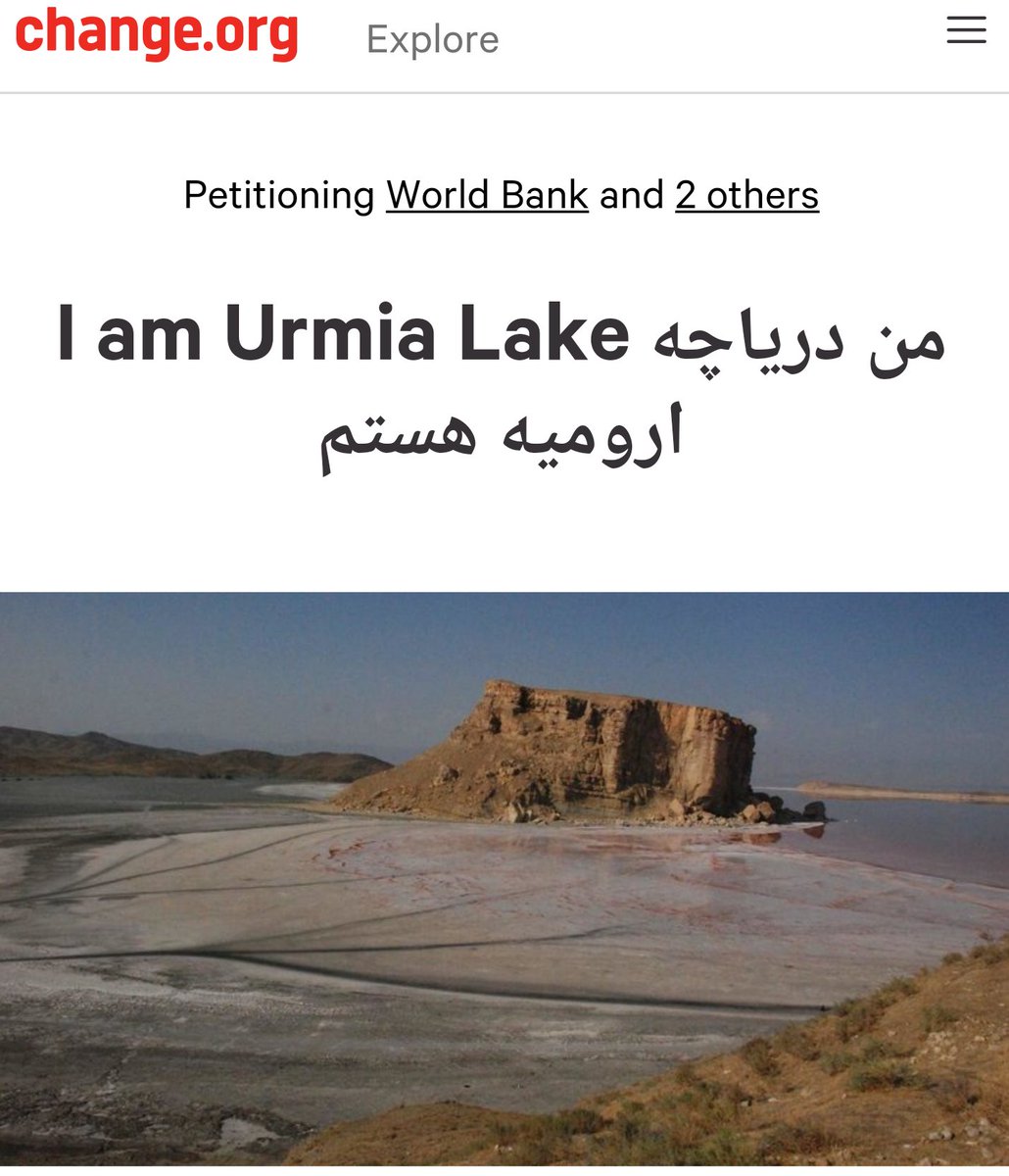 On September 28, a tweet from President Hassan Rouhani drew reactions from Iranian Twitter users. In this tweet, Rouhani asks “Why don’t the country’s elites, writers, press, and state media tell the reality of the country to the #people?” Reactions from Iranian users were a mixture of humor and criticism. Many users also named imprisoned writers and activists, citing their imprisonment as the answer to Rouhani’s question.

It was recently revealed that over 500 million Yahoo accounts were hacked in 2014. Yahoo announced that this was likely a state-sponsored action, though it did not specify a country. For some time now, Internet security experts have questioned the security of Yahoo user and email accounts. Read more here. Since many people in Iran use Yahoo, it is recommended that they make sure to: 1) to change the password to their Yahoo account and 2) to activate two-factor verification on Yahoo. Two-factor verification confirms your ability to access your account by sending you a text. However, our recommendation is to switch to more secure options, such as Gmail. Google has an app specifically for two-factor verification and recently activated it for Iranian users as well; this is a safer approach to two-factor verification than receiving a text. Read more here. For information about email security, we also recommend reading the section on Account Security in Nabz-Iran’s online course on Digital Security.

On October 3, imprisoned journalist Isa Saharkhiz started a hunger strike in Evin Prison in protest of how his case is being handled. Read the report from Saham News.

On September 29, American chess player Nazi Paikidze’s announcement that she will boycott the Women’s World Chess Championship in Tehran sparked discussions among women’s rights activists in Iran. Paikidze made this decision to protest the selection of Iran as the host country for this competition. Iran is one of the few countries in the world where the hijab is obligatory for all women. Women’s rights activists in Iran are split on the issue; some think that boycotting the event would hurt women’s sport in Iran, while others think it would place pressure on the Iranian government to change its conduct and regulations. Read reports from the Telegraph and BBC Persian, and watch a televised debate among four women’s rights activists in Iran.

On September 24, it was announced that the Setayesh Ghoreishi’s killer was handed two death sentences. Ghoreishi was a young Afghan girl whose murder in the city of Varamin shocked the public. Her killer was a neighbor who was 17 years old at the time of the crime. The execution of juveniles in Iran is among the issues of concern for children’s rights and human rights advocates in Iran.

On September 27, a Frenchwoman who was sexually harassed in the Farahzad neighborhood of Tehran had her lawyer pardon the four defendants, thereby sparing them from facing the death sentence. Read more here.

On September 28, an appellate court upheld the 16-year prison sentence of human rights lawyer Narges Mohammadi. Charges against her include assembly and collusion against national security, propaganda against the regime, and forming an illegal group. Read the report from HRANA. Mohammadi’s husband Taghi Rahmani stated in an interview that this sentence was an act of vengeance on the part of the Intelligence Ministry for Mohammadi’s human rights activities. Read the interview here.

The same day, children’s rights activist Atena Daemi, currently free on bail, reported via Twitter that the court’s sentence against her has been announced. She has been sentenced to a total of seven years in prison on the charges of assembly and collusion and insulting the Supreme Leader. Read the report from BBC Persian.

On October 5, Amnesty International published a statement calling on the Iranian government to put an immediate stop to Golrokh Ebrahimi’s prison sentence. Ebrahimi was sentenced to six years in prison for writings that never published and without access to a lawyer. Read Amnesty’s statement and a report from BBC Persian.

On September 25, a prisoner was executed in Taybad Prison on drug smuggling charges. (source)

On September 26, a prisoner was executed for murder in Urmia Central Prison. (source same as previous)

On September 27, seven prisoners were executed in Minab Prison on charges related to drug smuggling. (source)

On September 28, 11 prisoners were executed in Rajaei Shahr Prison in Karaj on charges including murder and armed robbery. (source) One prisoner was also executed for drug smuggling at Khorramabad Central Prison. (original report)

The same day, the head of Iran’s judiciary Sadegh Larijani rejected the suspension of the death sentence for drug smuggling and asked judges to carry out the sentences of convicted individuals as quickly as possible. Read the report from BBC Persian.

On October 4, a bill that would cut back on death sentences against drug smugglers was passed on to the full Majles after 100 members signed on to it. Read the BBC Persian report here.

On October 5, two prisoners were executed for drug smuggling in Parsilon Prison in Khorramabad. (source)