In the past two weeks: Women took to their bicycles to protest a new fatwa from Khamenei against cycling by women; Sadra Mohaghegh was arrested; Nazanin Zaghari-Ratcliffe’s husband traveled to New York to appeal for her release; Nizar Zakka was sentenced to 10 years in prison. 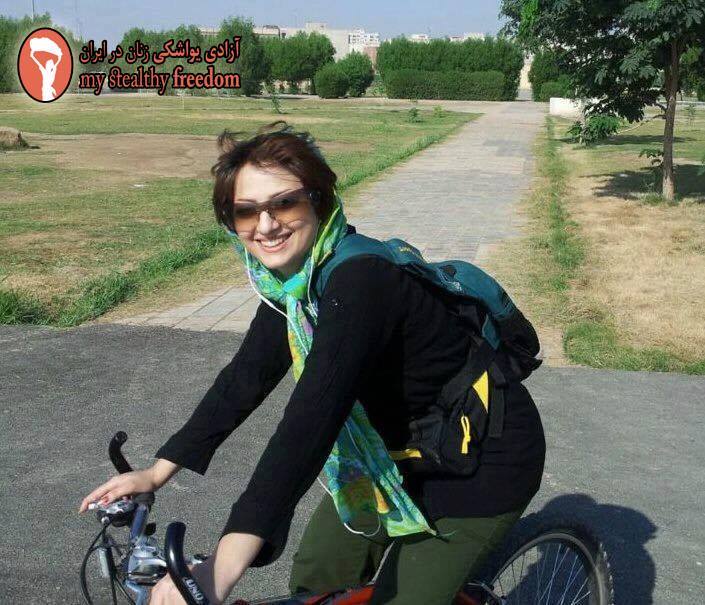 On September 18, the official website of Supreme Leader Ayatollah Khamenei announced that cycling by women is haram if done in the presence of strangers. Although women’s cycling is not a new concept in Iran, it is constantly met with restrictions in Iran, particularly in more traditional regions. This is the first time that women’s cycling has been officially declared as forbidden. After the announcement, women and girls in various cities around Iran sent photos of themselves riding bicycles to the Facebook page “Stealthy Freedoms of Iranian Women” to convey their protest against Khamenei’s judgment. A BBC World report on this action by Iranian women can be read here.

On September 19, Sadra Mohaghegh, the society editor for the newspaper Shargh, was arrested. The reason for her arrest and where she is being held are still unclear.

On September 9, Nazanin Zaghari-Ratcliffe was sentenced to five years in prison. The former Reuters Foundation employee has spent the last five months in detention. In recent years, the Iranian government has arrested a large number of dual nationals who were visiting Iran. Some believe that Iran uses these individuals as political leverage against Western countries. Click here to see an interview with Richard Ratcliffe regarding his wife’s sentence.

On September 11, Saeed Mortazavi wrote an open letter apologizing to the families of the individuals killed in Kahrizak Prison. As the prosecutor of Tehran in 2009, Mortazavi is considered the main culprit for ordering some of those arrested during the post-election protests to be transferred to Kahrizak. These individuals were mistreated and subjected to torture, and at least three of them were killed in custody. The prosecution of Mortazavi has been ongoing for years but has not resulted in anything yet. Mortazavi’s letter has drawn varied reactions from the families of the victims and political figures. Some political activists believe that Mortazavi is not the only person responsible for what happened in Kahrizak and that other involved parties should be brought to trial as well. You can catch up on some of the reactions to the letter here.

On September 18, imprisoned journalist Isa Saharkhiz had an additional 21 months added to his sentence, which he is currently serving in Evin Prison. It seems that the new sentence was given for a book that Saharkhiz wrote in prison, called Seyed Ali’s Casino. The judge in this case ruled that the book was an insult to the Supreme Leader.

On September 20, Lebanese citizen Nizar Zakka was sentenced to 10 years in prison and fined 4 million dollars. Zakka is an Internet freedom activist who was arrested in Iran after traveling there at the invitation of the Iranian government. Read more here.

On September 9, the imprisoned brothers Mehdi and Hossein Rajabian started a hunger strike in Evin Prison. Mehdi and Hossein, a musician and a filmmaker respectively, are suffering from health problems and are in need of medical care. However, prison authorities have refused to grant them medical furlough. The Rajabian brothers began the hunger strike to protest the lack of necessary medical treatment. Follow the report of their condition here. On September 15, it was reported that their condition was critical and that they were transferred to the hospital.

On September 15, Justice for Iran reported that five environmental activists are still in solitary confinement after 60 days and are under duress from interrogators. These individuals were arrested in Shiraz on July 16-17. It has been suggested that the main reason for the pressure on and interrogation of some of them is that they are Baha’i. Read the full report from Justice for Iran here.

On September 18, a group of civil activists sent an open letter to the head of the Iranian judiciary, calling on him to release human rights lawyer Abdolfattah Soltani, who was tried and imprisoned for agreeing to take on the defense of political prisoners and prisoners of conscience. He is suffering from various medical problems and is in poor condition. Read more here.