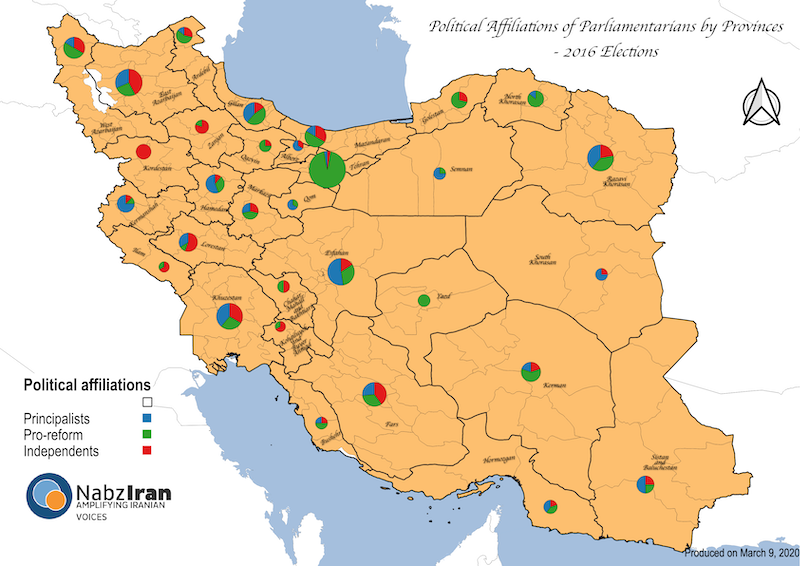 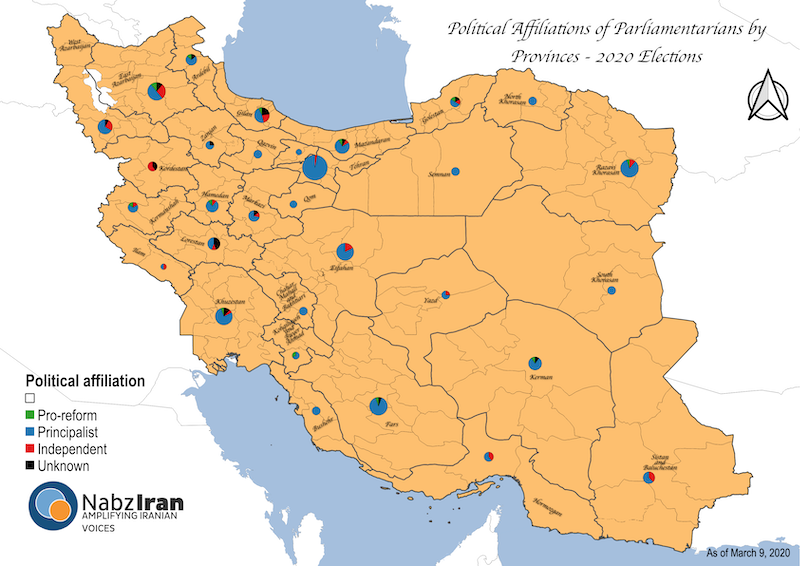 On February 21, 2020, Iran held its 11th parliamentary elections since the foundation of the Islamic Republic in 1979. Voter turnout - at around 42 percent - was the lowest since 1979. See the map of participation rates per provinces here. The low voter turnout could be the result of a wide variety of reasons: widespread dissatisfaction about economic conditions, domestic and international political issues, recent crackdowns of protests, the mishandling of the Ukrainian airplane accident, diaspora groups’ anti-election campaigns, heavy disqualification of pro-reform groups, and the recent spread of the Coronavirus to Iran.

The lack of participation was not uniform across the political spectrum, however. Voter turnout among pro-reform individuals was low, whereas voter turnout among conservatives was much higher. Pro-reform turnout was low due in part to the Guardian Council’s disqualification of 7,000 moderate and reformist candidates from the election. The actions of this conservative, appointed council helped ensure that the new parliament would be overwhelmingly conservative.

The following maps compare the political spectrum of Iran’s newly elected parliament (the 11th term) with the previous term across provinces. The map shows a dramatic shift in favor of conservative parliamentarians, which will affect Iran’s politics for the next four years.

Download the high quality version of the maps below.

What happens when official data is incomplete?
The Political Economy of Fiscal Decentralization under the Islamic Republic of Iran
Nabz Elections Central 2021
Infographic: Comparing the death during Persian year of 1398 and previous years in Iran
Publicly Announced Turnout Rates by Constituency for Iran’s 2020 Parliamentary Elections
END_OF_DOCUMENT_TOKEN_TO_BE_REPLACED

A glimpse at the violations during the 2021 election in Iran
What happens when official data is incomplete?
The Political Economy of Fiscal Decentralization under the Islamic Republic of Iran
Nabz Elections Central 2021
Infographic: Comparing the death during Persian year of 1398 and previous years in Iran
END_OF_DOCUMENT_TOKEN_TO_BE_REPLACED