On April 15, one day after Iran’s Vice President for Women’s and Family Affairs Shahindokht Molaverdi promised to strive for the release of female political prisoners, lawyer and human rights activist Nasrin Sotoudeh expressed hope and optimism for the release of political prisoners and prisoners of conscience over the course of this year. Soon after, however, security forces from the Revolutionary Guard (IRGC) and Ministry of Intelligence attacked Ward 350 of Evin Prison and subjected the prisoners there to heavy beatings. The website Kalemeh characterized the attack, which resulted in injury to many of the prisoners, as one of the most violent of its kind over the past decades. The attack took place in the wake of prisoners’ resistance against heavy-handed examinations in the notorious Ward 350, where political prisoners and prisoners of conscience are held. 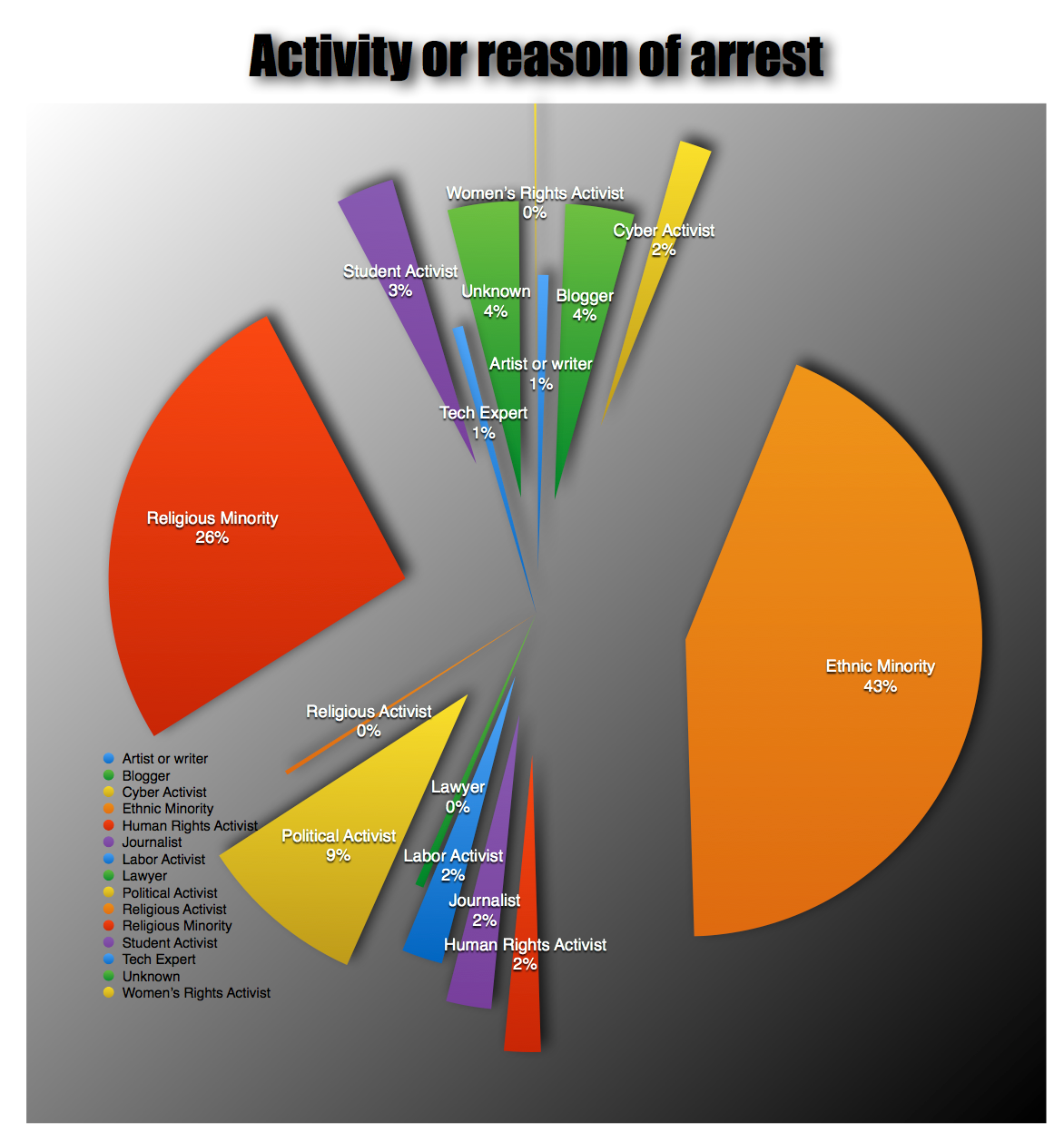 The conditions in which prisoners are held in Iran’s prisons have always been a matter of concern for human rights and prisoner rights activists. Beatings of prisoners and lack of access to medical treatment are among the top issues mentioned with respect to prisoners in Iran. It was recently reported from Shiraz that social activist and yoga master Keyvan Massoumi, after being released from temporary detainment in Shiraz’s No. 100 Intelligence Detention Center, passed away from injuries resulting from psychological and physical torture during his detention. The reason for his detention was belief in and promotion of Sahaja Yoga, a form of Indian mysticism. This comes nearly one year after the death of labor activist Afshin Osanloo in the Rajaei Shahr Prison of Karaj, with no apparent progress in the investigation of his death. To protest prison conditions, lack of access to medical treatment or lack of fair trials, prisoners of conscience in Iran typically resort to hunger strikes. On April 15, HRANA reported on the deteriorating physical state of Mahmoud Fazli, a political prisoner in Tabriz Prison who began a hunger strike nine days earlier to protest the denial of his request for appeal. On April 10, Ahmed Shaheed, UN Special Rapporteur for Human Rights in Iran, along with four other UN special rapporteurs on torture, freedom of expression, right to health and freedom of religion, asked the government to arrange for medical treatment outside of prison for two political prisoners, Hossein Kazemeyni Boroujerdi and Mohammad Reza Pourshajari.

Based on the latest information published by the website “Unlock Iran”, there are at least 853 political prisoners and prisoners of conscience in Iran. This figure is compiled from news reports published about Iranian prisoners in the media, and the actual number may be higher. Despite the insistence of Mohammad Javad Larijani, head of Iran’s Human Rights Council, that no Baha’i is in prison in Iran simply for being Baha’i, Unlock Iran’s statistics show that of the 223 individuals in prison in Iran for their beliefs, 86 are Baha’i.

Baha’is are not the only religious minority imprisoned in Iran. There are at least 235 Sunni prisoners in Iran, most of whom are ethnic Kurds, Arabs, and Baloch. According to HRANA, seven Sunni prisoners have been detained without trial for four years in Rajaei Shahr Prison in Karaj. After being arrested in 2010, these individuals spent six months in solitary confinement in Evin Prison before being transferred to Rajaei Shahr. Three of them were summoned to the Revolutionary Court of Karaj for trial on April 13.

In an April 10 statement, Reporters Without Borders called for the release of 52 print and web journalists in Iran. It also praised the European Parliament’s March 31 resolution on Iran, citing it as an indication that the “EU finally seems to be adopting an appropriate stance towards one of the world’s most repressive countries as regards freedom of information.”